This week, Glass Spider Publishing released the e-book edition of American Sons: The Untold Story of the Falcon and the Snowman (40th Anniversary Edition). Following on the heels of the long-awaited hardcover edition, the e-book rocketed up the Amazon bestseller charts and entrenched itself firmly in the #1 position in two categories (Biographies and True Crime), and nearly broke the top 10 in the general Nonfiction category.

To call this an accomplishment is an understatement. American Sons is a wholly independent endeavor; a book operating without benefit of the marketing muscle of the Goliath-sized titans of the publishing industry, and one that continues to find new audiences despite limited media exposure. And the journey’s not over yet. The paperback edition is currently in the works, and we’ll be posting updates regularly on social media and giving our mailing list subscribers advance notice of its publication. If you’re not already signed up for our mailing list, you can do so here.

The Kindle e-book of American Sons: The Untold Story of the Falcon and the Snowman (40th Anniversary Edition) is available now exclusively from Amazon and includes a bonus section with links to transcripts, articles, and video interviews with Christopher Boyce. To purchase it, go here. 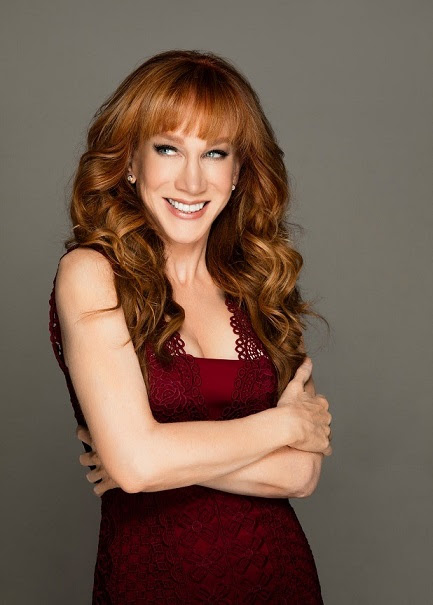 It’s always a delight to receive the support and positive feedback of readers, but when one of those readers also happens to be a well-known celebrity, it’s a genuine thrill.

As some of you may already know, one of the biggest fans and supporters of the book American Sons: The Untold Story of the Falcon and the Snowman is none other than Kathy Griffin. Yes, the Kathy Griffin, the uber-successful comedian, actress, and #1 New York Times bestselling author whose new book, Kathy Griffin’s Celebrity Run-Ins: My A-Z Index, was published by Flatiron Books in November.

To coincide with its publication, Kathy was invited by Amazon’s official book blog, Omnivoracious, to share her favorite reads of 2016. She named American Sons: The Untold Story of the Falcon and the Snowman among her top three favorites.

What’s so special about this is that American Sons is a truly anomalous beast. For one, it’s the only book Kathy Griffin named that was independently published, and that isn’t represented by a major publisher. It’s also the only book on her short list that wasn’t written by a previous New York Times bestselling author.

To call this an honor is an understatement. It’s the kind of recognition every writer dreams of. It’s also a notable endorsement that speaks volumes for a book no publishing company would touch with a ten-foot pole — an aversion likely driven by the controversy that would arise with the publication of a book written by a convicted spy. Even in today’s post-Snowden America, it’s difficult to envision any publisher willing to take a chance on something as incendiary.

It’s a point Kathy Griffin herself alluded to in her review of American Sons, where she wrote: “When the Edward Snowden story broke, I became curious about the real life stories of the two young Americans who were the subject of one of my favorite films, The Falcon and the Snowman. Guess what? They are both very much alive. This page-turner chronicles in gripping detail the real life story of this real live spy. It’s also a love story. I honestly can’t believe this book didn’t go to #1, when we have so many questions about what it’s really like to go through such a unique and newsworthy journey.”

For bringing to light a book that took years to write and an even greater effort to self-promote, the three of us — Christopher Boyce, Cait Boyce, and myself — owe Kathy Griffin a great debt of gratitude.

You can see Kathy Griffin’s full review of American Sons: The Untold Story of the Falcon and the Snowman, and read about her other two favorite book picks, here.

Vince Font is the co-author and publisher of American Sons: The Untold Story of the Falcon and the Snowman. He founded Glass Spider Publishing in 2016 to help bring visibility to underrepresented authors.